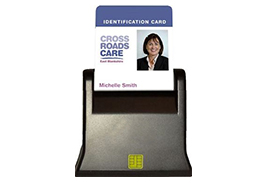 Smart Card Readers are also known as card programmers (because they can write to a card), card terminals, card acceptance device (CAD) or an interface device (IFD). There is a slight difference between the card reader and the terminal. The term is generally used to describe a unit that interfaces with a PC for the majority of its processing requirements. In contrast, a terminal is a self-contained processing device. 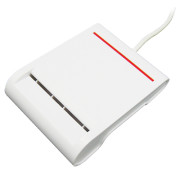 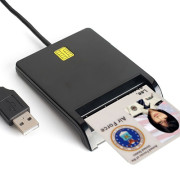 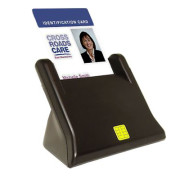 Smart cards are portable data cards that must communicate with another device to gain access to a display device or a network. Cards can be plugged into a reader, commonly referred to as a card terminal, or they can operate using radio frequencies (RF).

When the smart card and the card reader come into contact, each identifies itself to the other by sending and receiving information. If the messages exchanged do not match, no further processing takes place. So, unlike ordinary bank cards, smart cards can defend themselves against unauthorized users and uses in innovative security measures.

Communicating with a Smart Card Reader

The reader provides a path for your application to send and receive commands from the card. There are many types of readers available, such as serial, PC Card, and standard keyboard models. Unfortunately, the ISO group was unable to provide a standard for communicating with the readers so there is no one-size-fits-all approach to smart card communication. Each manufacturer provides a different protocol for communication with the reader. Second, the reader communicates with the card, acting as the intermediary before sending the date to the card. Third, communication with a smart card is based on the APDU format. The card will process the date and return it to the reader, which will then return the data to its originating source.

The following classes are used for communicating with the reader:

Readers come in many forms, factors and capabilities. The easiest way to describe a reader is by the method of its interface to a PC. Smart card readers are available that interface to RS232 serial ports, USB ports, PCMCIA slots, floppy disk slots, parallel ports, infrared IRDA ports and keyboards and keyboard wedge readers. Card readers are used to read data from – and write data to – the smart card. Readers can easily be integrated into a PC utilizing Windows 98/Me, 2000, or XP platforms.

However, some computer systems already come equipped with a built-in smart card reader. Some card readers come with advanced security features such as secure PIN entry, secure display and an integrated fingerprint scanners for the next-generation of multi-layer security and three-factor authentication.in smart card reader.

The options in terminal choices are just as varied. Most units have their own operating systems and development tools. They typically support other functions such as magnetic-stripe reading, modem functions and transaction printing.

To process a smart card the computer has to be equipped with a smart card reader possessing the following mandatory features:

Smart Card Interface Standard – ISO 7816 is an international standard that describes the interface requirements for contact-type smart cards. These standards have multiple parts. For instance, part 1, 2 and 3 are applicable to card readers. Part 1 defines the physical characteristics of the card. Part 2 defines dimension and location of smart card chip contacts. Part 3 defines the electronic signals and transmission protocols of the card. Card readers may be referred to as conforming to ISO 7816 1/2/3, or in its simplified term, ISO 7816.

Driver – This refers to the software used by the operating system (OS) of a PC for managing a smart card and applicable card reader. To read a smart ID card, the driver of the card reader must be PC/SC compliant which is supported by most card reader products currently available. It should be noted that different OS would require different drivers. In acquiring card readers, the compatibility between the driver and the OS has to be determined and ensured.

A Promising Young Keyboard Enterprise Is Walking on Stage